I am an English website designer in Penang. I started AB Website Design in 2006, a few months after one of my designs was published.

I got involved with web design towards the end of 2004, soon after my son was born. The websites I made back then were very crude and hosted on Yahoo Geocities – a free service that allowed hobbyists to experiment with the web. After looking for ways to improve the design process I came across CSS Zen Garden, a hugely popular site that had a profound impact on the evolution of modern website design.

From about 2003 until 2006, CSS Zen Garden was one of the design community's top ten online resources. The site championed a new website design language called CSS, and invited the world's top designers and graphic artists to re-design the home page by changing the CSS. Designers everywhere responded to the challenge. The site's popularity was such that almost all books about website design published in those days featured a section devoted to CSS Zen Garden.

Despite having very little experience, I spent a couple of months making a Zen Garden design called Mozart. It was accepted as an Official Design at the end of 2005 and generated an enormous amount of attention: it was published in several different books and described in Ajax: the Definitive Guide as an excellent example of just how far CSS in design has come. The screenshot below shows the design as it appeared in Microsoft Expression Web for Dummies, page 165. 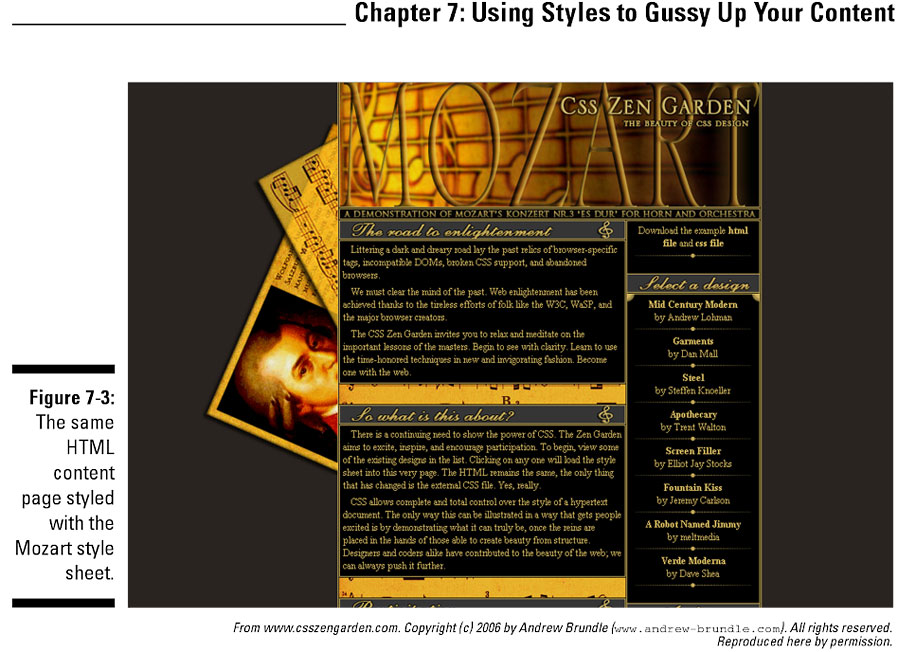 Inspired by the success of the Mozart design, I started offering my services as a freelance website designer. Contracts flowed in pretty much from the word go: around 2008 I was given the opportunity to make a new website for Kam Air in Afghanistan, about 2 years later I landed a contract to manage the website design for JetAsia in Bangkok, and in 2012 Thailand's Department of Highways asked me to design a new website for one of their branches in the country's deep south. See the portfolio section for details of more recent contracts.

Shown below is the home page banner for the ISO 9001Council in Switzerland, a client I began working with in 2010. As of Summer 2020 my contract to provide marketing support and copywriting services is ongoing.

In my opinion, three factors are key to developing and maintaining trust:

Flexibility
When starting with a new client, trust is sometimes quite limited. I counter this by offering design samples and suggested layouts gratis. Though free, this work is high quality and represents a stepping stone to what could become the finished design. If the prospective client wishes to take things further, I guide them through every step of the design process and make sure they get the product or services they want.

Negotiation
Inevitably I have firm ideas regarding design, and so do my clients. When impasses occur, it's essential to discuss and re-evaluate the project. Forging a way forward can sometimes take time, but if both sides are prepared to consider each other's suggestions, compromises can be made and a clear direction established.

Mutual respect
The 9001Council know they can come to me pretty much whenever they want and get preferential treatment. I in turn know my work will be valued and invoices settled promptly. This kind of mutual respect can take months or even years to establish, but once in place it paves the way for rewarding, long term relationships

Since 2006 I've managed web design projects and software development assignments for clients around the globe. The chart below shows the distribution of clients over the last 14 years.

As of 2020, most clients hailed from Southeast Asia. America comes in at number 2, followed closely by Europe.

Want a new website? Need a full or partial re-design? If so, I will create all samples and mock-ups free of charge. If you like what's on offer, let's talk. No obligations. No fuss. Get in touch today to get started.